Our Aerial Silk Performer has worked across the globe on Cruise Ships and 5-Star resorts.

This Aerial Silk Performer is a highly-skilled, WOW factor act for your event. 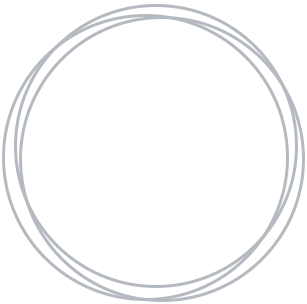 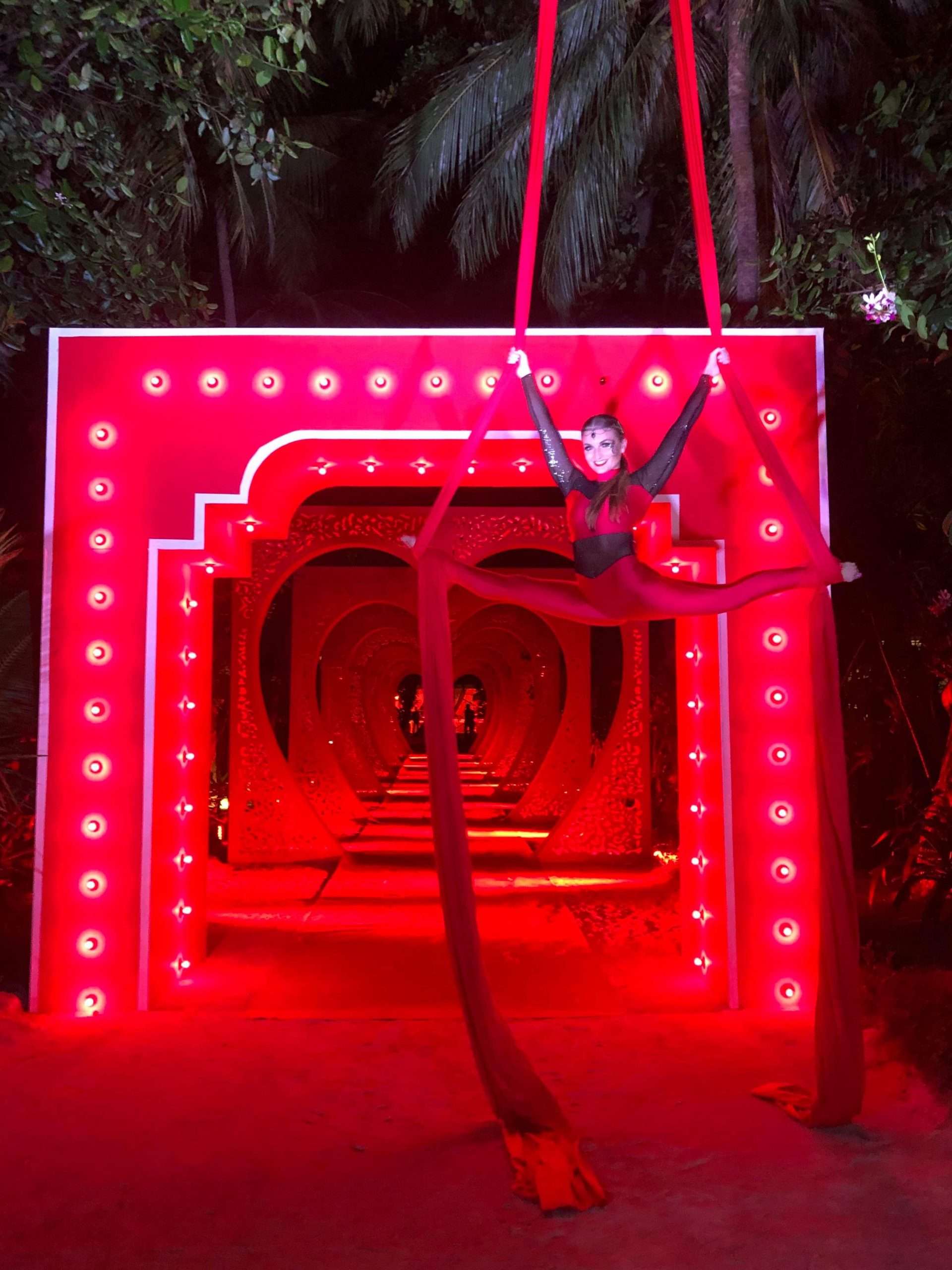 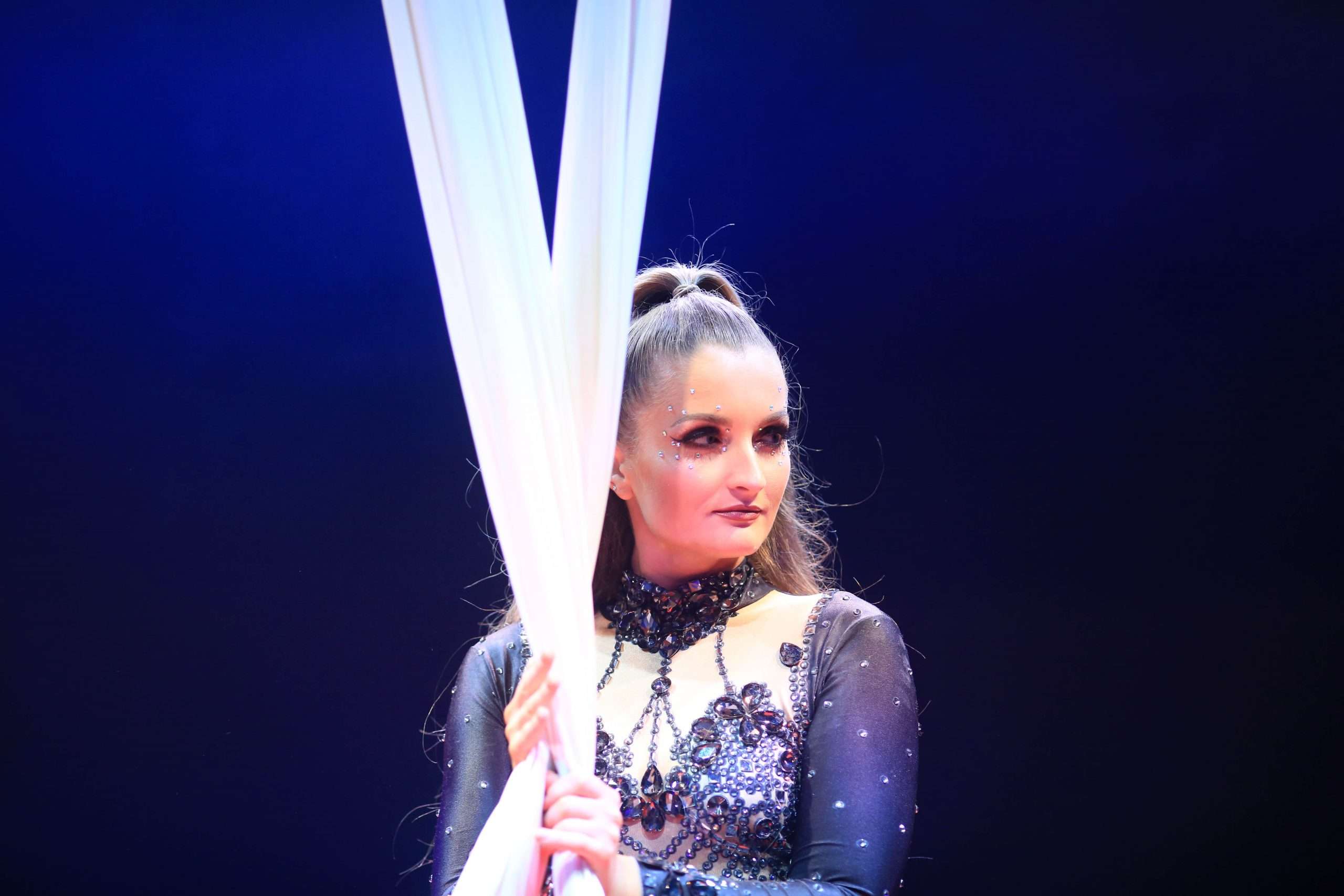 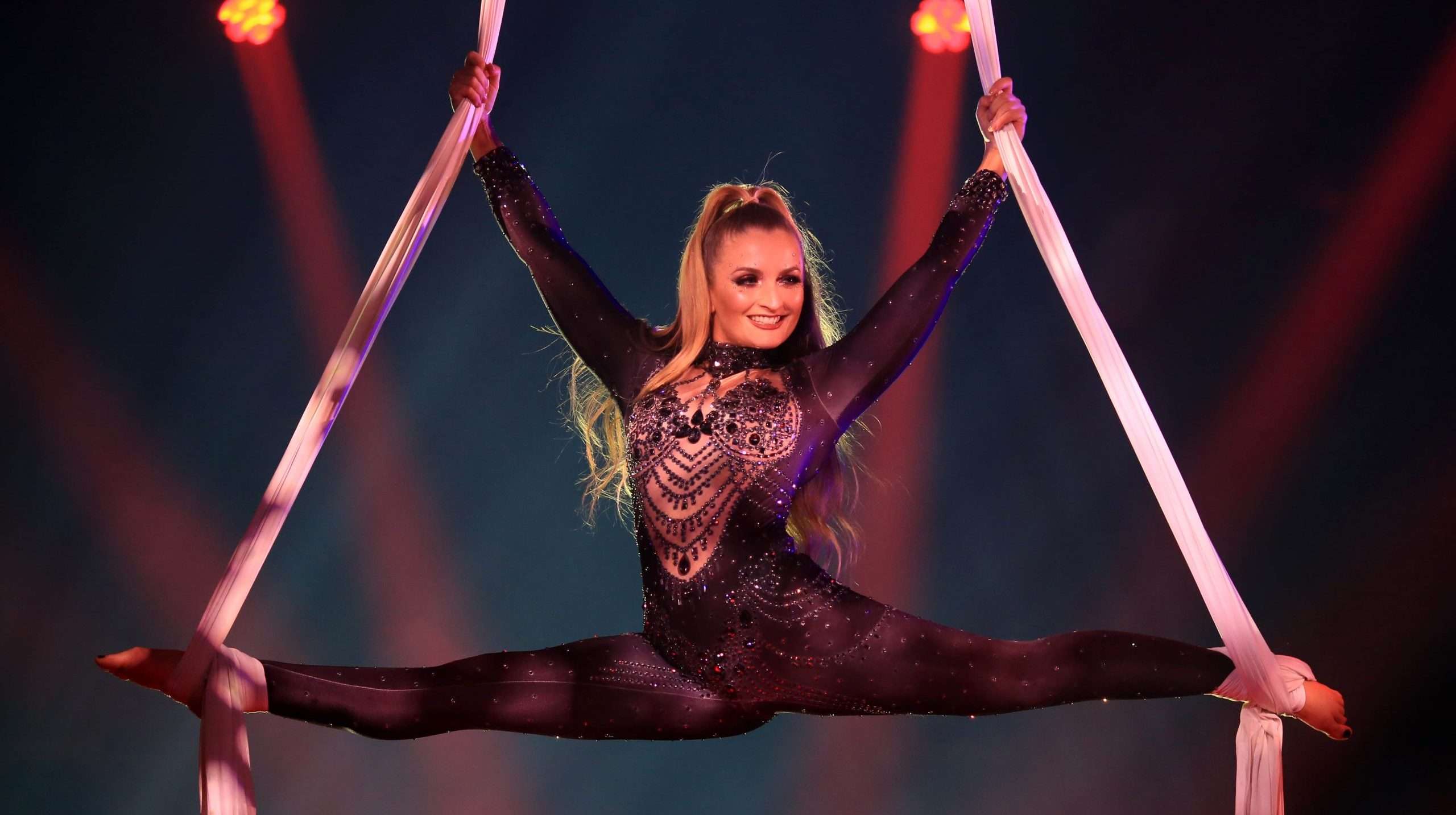 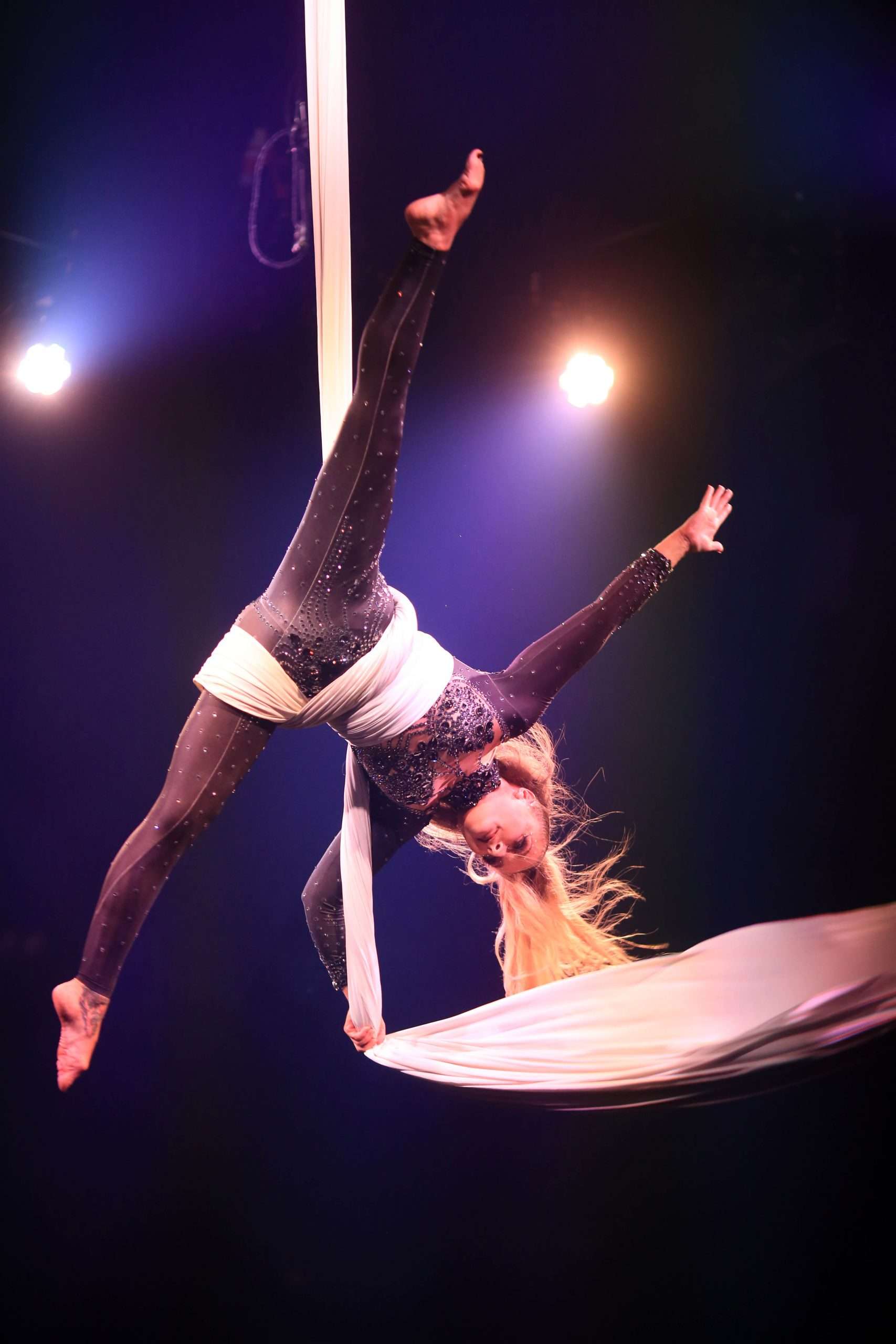 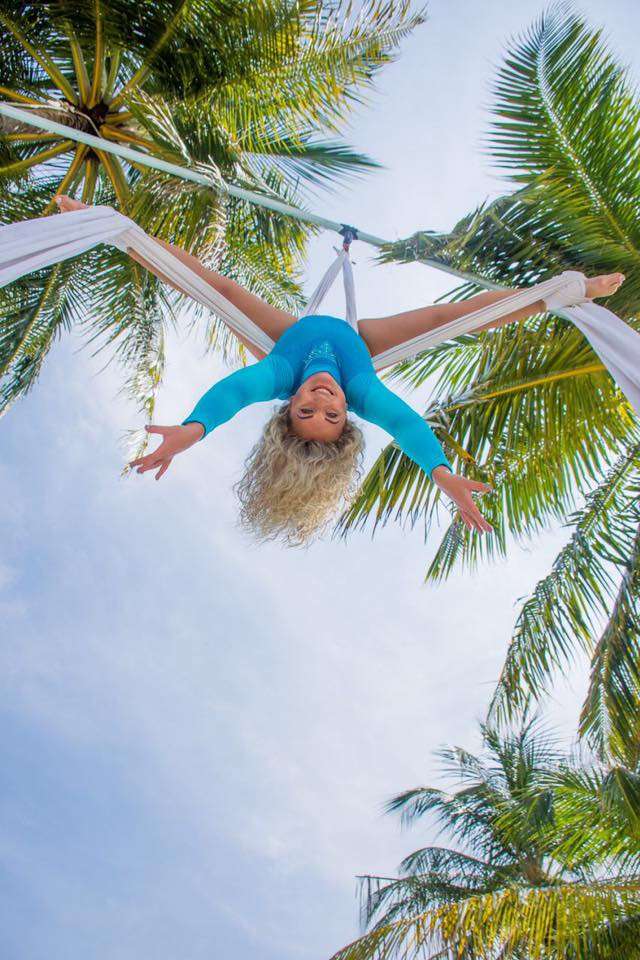 Our Aerial Silk Performer is a professional dancer and circus performer. She began her training in dance aged 9 and continued to study this at a degree level. She then worked globally as a dancer from 2011.

After developing her training as a circus performer and started performing as an aerialist in 2014 performing in a multitude of venues and countries.

Her acts can be tailored to fit a variety of themes and events. 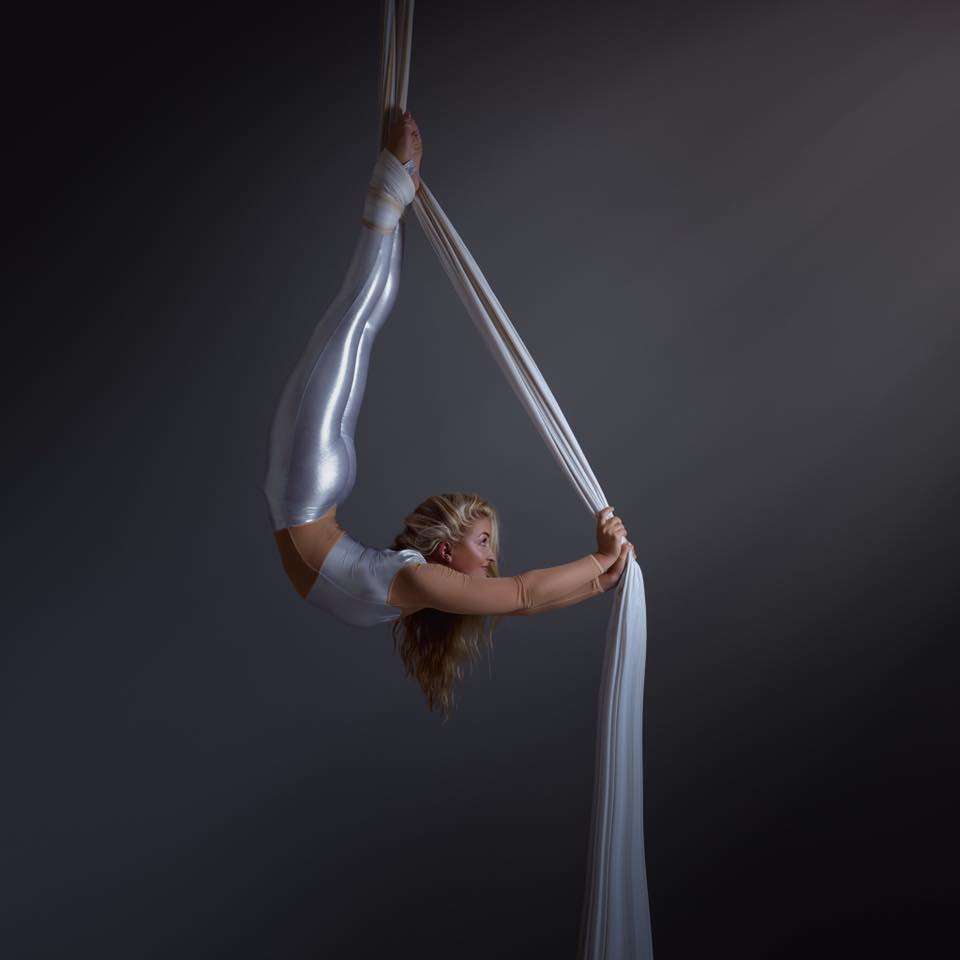 We have a huge range of tumblers, gymnasts, hand balance artists, and aerial acrobats to create an authentic circus feel to your corporate event, wedding or private party. Take a look to see our full range of acrobat performers for hire.

This website uses cookies to improve your experience while you navigate through the website. Out of these cookies, the cookies that are categorized as necessary are stored on your browser as they are essential for the working of basic functionalities of the website. We also use third-party cookies that help us analyze and understand how you use this website. These cookies will be stored in your browser only with your consent. You also have the option to opt-out of these cookies. But opting out of some of these cookies may have an effect on your browsing experience.
Necessary Always Enabled
Necessary cookies are absolutely essential for the website to function properly. This category only includes cookies that ensures basic functionalities and security features of the website. These cookies do not store any personal information.
Non-necessary
Any cookies that may not be particularly necessary for the website to function and is used specifically to collect user personal data via analytics, ads, other embedded contents are termed as non-necessary cookies. It is mandatory to procure user consent prior to running these cookies on your website.
SAVE & ACCEPT